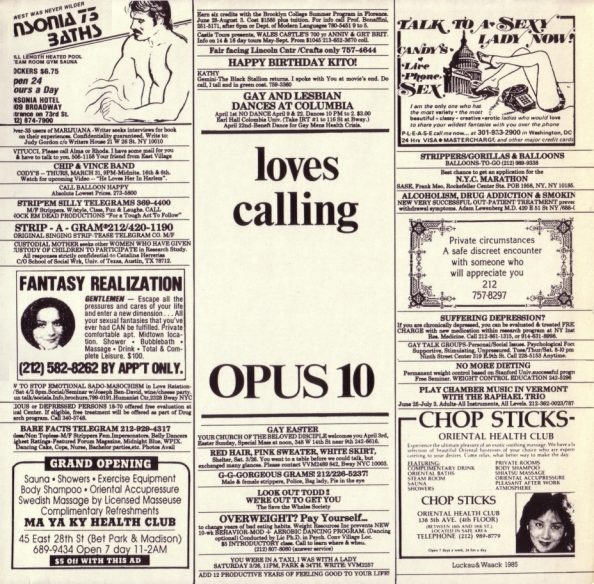 I was going through a gigantic pile of 80’s records, filled with mostly awful records. My patience was finally rewarded with a couple nice discoveries including this 1985 Electro track from Miami on Palm Tree Records.

The record opened with the  typical Electro drums featuring the Oberheim DMX drum machine you’ve heard a million times. It wasn’t off to a spectacular start. But then about 45 seconds in, the key elements of a great 80’s jam start coming in: midi flute, synth xylophone!

I bought the record for a dollar and then when I came home, I started looking up Opus 10. No information other than they were from Miami. The only production credits listed John St-John, who apparently went on to make new age relaxation music. I looked up the label (Palm Tree Records), they only released a handful of other records.

I knew the track sounded very familiar, after a couple minutes of racking my brain I realized it was a rip-off of Paul Hardcastle‘s classic “Rain Forest”.

The real discovery however was that the song which was then licensed to Pandisc was also released on Germany’s Rush Records who wisely decided to include a “Vocal Rap” version which has no information on the MC, something that wasn’t rare in those days. So you see all you hardcore vinyl nerds, the original pressing isn’t always the dopest! 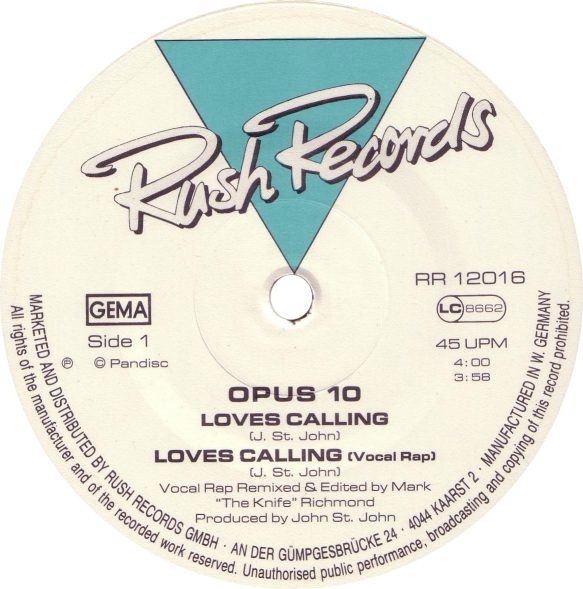