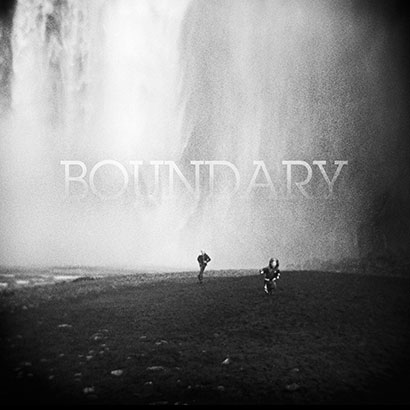 Breaking away from what had become so familiar with his name during the last few years, Montreal producer Poirier revealed today a new identity alongside a new self-titled and self-released record, Boundary.

As Boundary, Poirier comes back to its minimalist ambient and techno sound of the early 2000s – with undefined shapes and textures reminiscent of Il n’y a pas de sud (2001) — albeit tinted with the patterns and structures of his latter work.

The end result is a heavily contrasted render of black and white imagery, of northern emptiness and southern diversity, of slow synths and frenetic beats, of horn and bass, where the coldness of the reverbs mashes with the dancehall-esque rhythms. Silences meticulously dropped in the tracks shake up the structure of the hosting tracks, as vibrant and cohesive as the instrumental pieces themselves.

The almost imperceptible orchestration of the album reveals itself not only through the variety of landscapes they cover, but also by the way the tracks are laid out — morphing in and out of each other like an ever-evolving ephemeral environment. That orchestration being a reminder of the human behind this ethereal yet industrial sound; the invisible guide through this journey where polar opposites are brought together.

Dark live debut coming during Mutek at the end of May.

Mix of the day: DJ Finesse "B.I.G. Over Premier Mixtape"