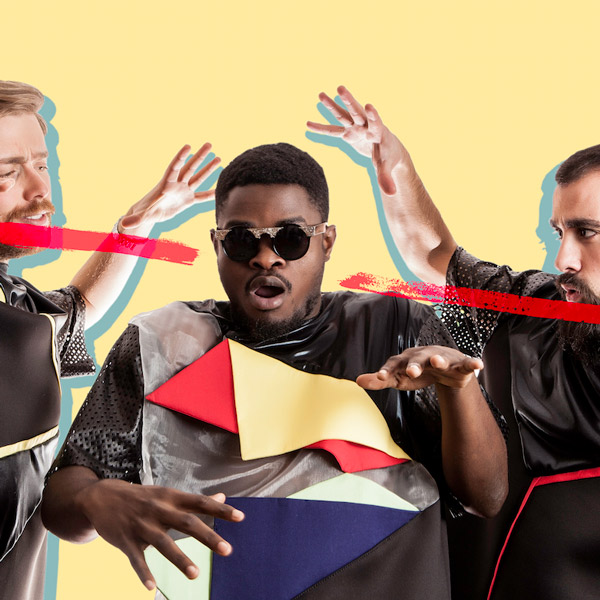 Portugese/Angolan quintet Throes + The Shine drop their third album Wanga this week, a fusion of alternative guitar rock with kuduro, the genre that put Angola on the map.

Rooted in the national Angolan music of semba, and catapulted to international popularity by Buraka Son Sistema, kuduro was born out of local producers sampling the up-tempo carnival sounds of Caribbean genres soca and zouk. The result is an hyped, carnival sound, wrapped around a rapid 4/4 beat. If you’re wondering how to move to it, Wikipedia suggests that “the name of the dance refers to a peculiar movement in which the dancers seem to have hard buttocks.” So clench.

Out of the two pre-released tracks, Guerreros (feat. La Yegros) is the standout. It’s a thrilling listen, with a rush of steel drums leading into a torrent of Portuguese rap that just keeps escalating. The rest of the album promises more booty-shaking carnival vibes as well as Congolese chanting, scuzzy guitar riffs and pan-pipes. Phwoar.

Produced by Portuguese DJ/remixer Moullinex, Wanga is released through Discotexas on Friday 20th May.