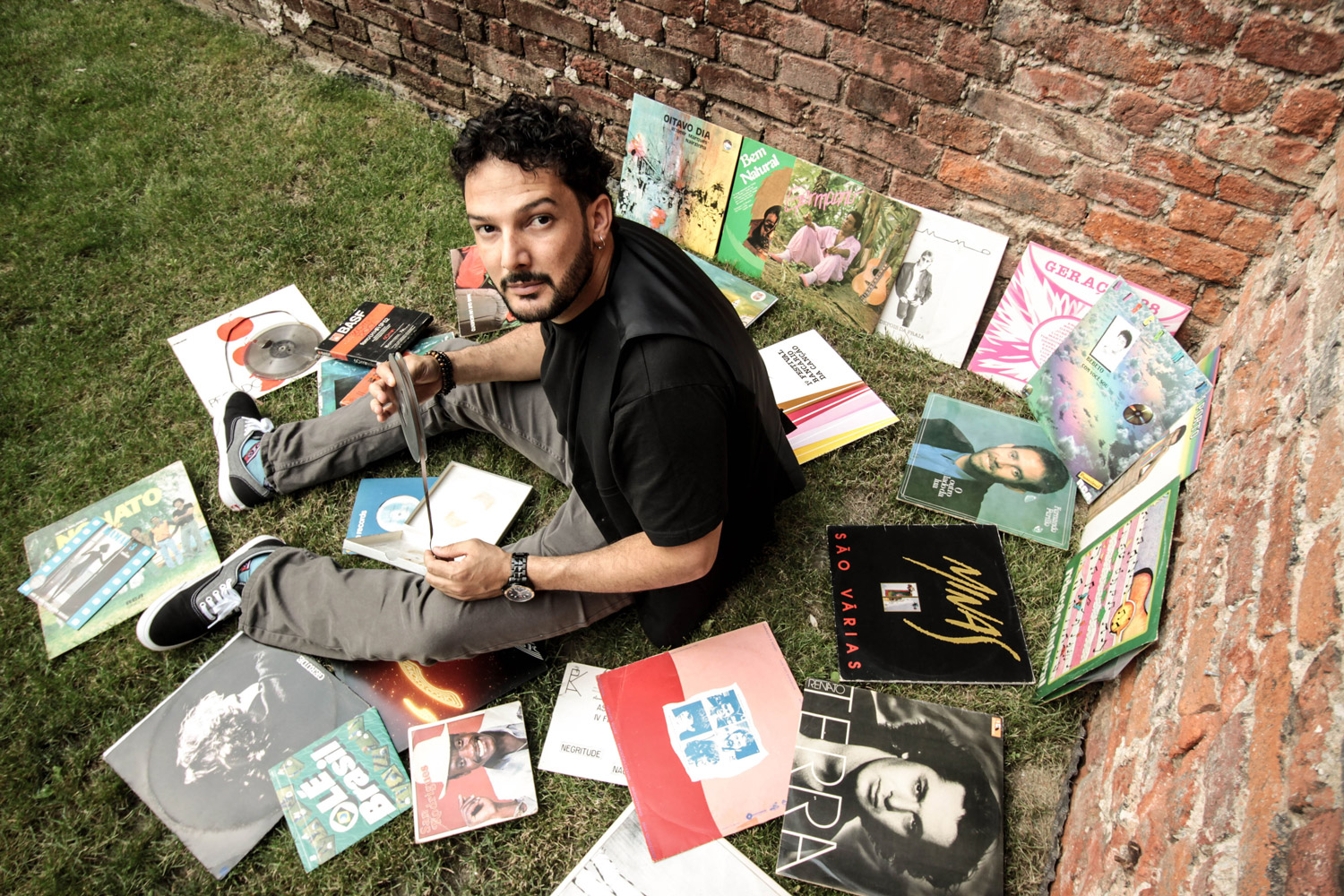 Júnior Santos: It’s such a thrill to get the opportunity to discuss selecting and co-producing this compilation of Brazilian artists, and what a pleasure it’s been to donate my time in the service of celebrating and promoting Brazilian cultural memory and heritage.

There are things that we only learn with time, maturity and experience. It’s a natural process which I was given the opportunity to experience in 2014 when I compiled “Brazilian Disco Boogie Sounds” for Paris’ Favorite Recordings label. That proved to be a precursor to the present-day trend of digging up Brazilian disco gems.

Four years later in 2018, during a hiatus in producing compilations (a gap filled by dedicated daily research, record-buying and studies into the endless amount of lessons and discoveries that the music of Brazil has to offer), I met DJ/collector Juergen von Knoblauch. It began as a virtual friendship forged in record trading; Juergen knew of my research and passion for the music of my country, and I knew of his reputation as a member of the revered band Jazzanova, the label Sonar Kollektiv and Notes on a Journey.

Juergen had the idea to invite me to contribute to what would become the third volume of the wonderful Paz E Futebol compilation series, which became a collaboration wherein we each compiled a side of the LP. My immediate response was that it would be an honor to hook up with a serious and professional record label that truly respects the artists and their collaborators. As the conversations and plans took shape a spontaneous and natural decision was made for me to add even more songs, and I eventually ended compiling the whole thing, all thanks to the faith and confidence invested in me by my friend and now partner Juergen.

Over the course of the next several years we worked tirelessly to locate independent artists, track down rights holders, obtain licences from major labels, interview people and write liner notes. The majority of these missions fell to me, as well as gathering the sources to master from, and the translations of the interviews and liner notes were impeccably handled by New York’s DJ Greg Caz. In his role as producer and coordinator for Sonar Kollektiv and Jazzanova, Juergen was responsible for the financial and bureaucratic side of things, dealing with the majors in Europe and Brazil with my help in terms of contacts and translations for the latter. Oliver Glage, the label manager of Sonar Kollektiv did a wonderful job in bringing all parts together to finally realizing the project. It was all team work, making the dream work! Our priority above all is the immense respect for the artists and their images, histories, work and deserved remuneration. It is my belief that if I can’t add anything to what these artists have produced I should present it as is, and to the end I interviewed 7 of the 8 artists (or people directly involved in these recordings) in question and heard their stories straight from the source.

This allowed me to get precious info that might have gotten lost in the mists of time otherwise, things involving the recording and production process and session info that wasn’t included on the original releases, and unreleased material along with the blessing of the artists themselves. Seeing, hearing and feeling their excitement, happiness and gratitude, sometimes expressed amid tears of joy, was for me perhaps the greatest reward of this entire project. I asked the artists to take pictures of themselves holding the original records included on this compilation in a sort of symbolic act demonstrating that this was a labor of love in which the creators of the intellectual property herein were directly involved and that THEY are the stars and the most important people here.

The process of making this all happen afforded me moments of great joy as well as moments of deep sadness with the departure, over the course of this project, of several individuals who truly supported my efforts and helped to make this a reality. One was the late Pedrão Baldanza, bassist and founder of the band Som Nosso De Cada Dia, who is the composer of “Mais Que Um Momento,” performed by Emilio Santiago on this collection. Another was Kalú, producer of the 7″ “Os Melhores Do IV FEMPI” on which the track “Nagô” originally appeared.

My deepest gratitude to all the supporters and to those who believed in our project. This compilation captures some of the fruits of a life’s mission to shine a light on the diversity of Brazilian music and culture.

There is no more story.