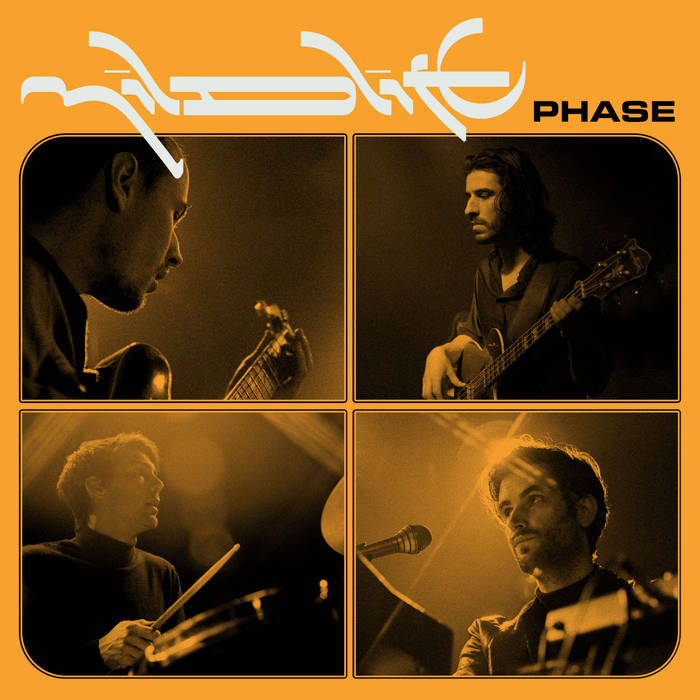 On their début album “Phase”, the four-piece band Mildlife combines Jazz and Post-Disco along with kaleidoscopic atmospherics to form a modern reading on krautrock and its progressive fusion configurations.

Formed in 2010, this Melbourne-based band comes off as daring musical gamblers who are forever determined to steer a composition into the fresh green expanse. Comparisons to Caribou, Harvey Sutherland, and Floating Points are flattering, yet misleading.

Between 2014 and 2015 Mildlife took a year off playing shows to figure out how to produce their music live without losing its complexity. Call it a “woodshedding” of sorts. The time off strengthened their commitment to finding the energy of a song in the middle, not at the top. While executing a Miles Davis tennet: “Some notes are better left unplayed”. This approach better serves more authentic opportunities for improvisation. Real quick – those who may interpret the term improvisation for “jam band kanoodling” need to exit to the left… immediately. A pedestrian glance at the band’s “Very Fantastic Playlist” on Spotify reveals choice taste and influence from Azymuth, Jan Hammer Group, Ptaki, Julian Priester Pepo Mtoto, Larry Heard and The Jones Girls to name a few.

“Phase” captures these musicians being patient in the right moments and stretching the central point of a chart. Less adventurous artists would get antsy, stiff, or run and turn vanilla in these scenarios. Mildlife shows their stones and thrives.

Witness ‘The Magnificent Moon’, a proper bang-up of a groove that stays gold. Mildlife makes nine minutes evaporate and feel like three. By using rippling atmospherics with storytelling runs from Kevin McDowell on the Fender Rhodes. This veteran sounding rhythm section keeps the ship loose and buoyant. ‘I’m Blau’, a sideways Funk moment that sees a heavy CAN influence, is not a full-out dancer, but a cosmic stepper that resonates on an elevated plane. Adam Halliwell plinks and plunks his constellation blues on the guitar while a vocoder provides colour commentary. Think more Roger Troutman and less Daft-Punking. The album titled song, ‘Phase’, is a George Duke portal that cracks open fittingly thanks to the arpeggio chatter on the keys by McDowell.

On repeated listens, some of the remaining selections on this six-track release get a bit homogenous. The song ‘Zwango Zop’ tugs just a bit too long and heavy on that Disco vibe, but these are minor quips that pale in comparison to the skillful performances at work here. Mildlife is a well calibrated operating system made of dedicated musicians who take nervy, adventurous cues from the vanguard of masters and ride those routes to original destinations.