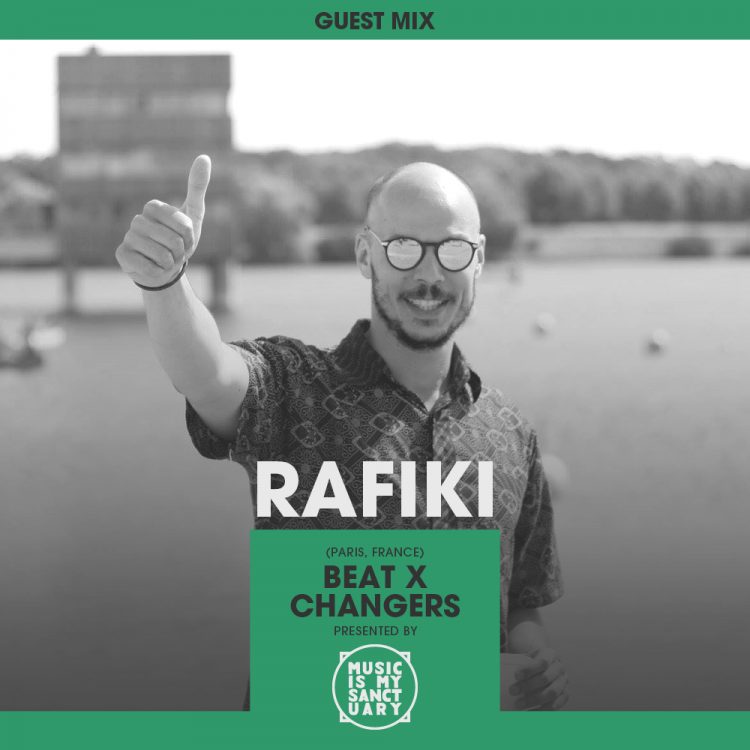 Theo aka Rafiki (founder of Beat X Changers, an “online community” of music heads and label recently ) discover the rhythm through dance, he started hip-hop in 1997 and house in 2005. Clubbing, battles, competitions, these forms of music and self-expression inspired him to get himself behind the turntables.

He started spinning in 2006, and was greatly influenced by his “French brothers” (Motorbass, The Deep, St Germain), Rafiki can also get synthetic environments in Detroit techno beats or in the depth of Berlin techno, he also likes to take a roundabout way to New York “soulful” vibe. His trips abroad to Montreal, Berlin, New York, Detroit, have greatly shaped his musical identity.

For those of you in Montreal, you are invited to join Raifiki who is part of the Tap Water Jam dance event on May 23rd. Details here