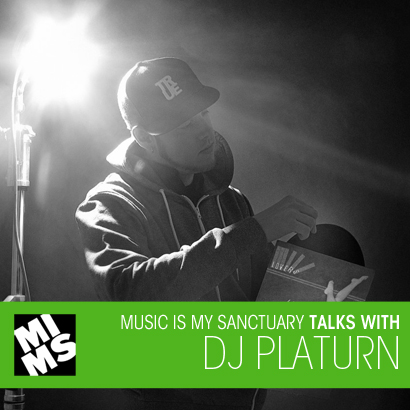 When he’s not providing the Bay Area with his broad spectrum of sounds, or curating his 45 Sessions brand, it’s a safe bet you’ll find DJ Platurn doing the back end work that makes him one of the finest disc jocks around; digging for records, making beats, and crafting some of the finest mixtapes around.

Case in point: ‘So This Is De La Heaven’ Pt. 2. Platurn picks up right where he left off, covering the full scope of the De La Soul catalogue, intricately weaving through the original samples and breaks like nobody’s business.

Many have always looked up to Platurn (literally!), because he’s the perfect mix of a party rocker, choice selector, and a turntablist. He’d be just as comfortable rocking a block party in the Bronx back in the late 70’s as he would be rocking at one of the Bay Area’s finest, current establishments.

After one listen to his latest masterpiece, I think you’ll agree.

First off, great job with the mix – it’s a great continuation of where you left off with the inaugural project – what made you decide on doing a follow up after ten years?

@Platurn: Thank you much — appreciate the support and kind words. Been meaning to do a follow up for years, but kept getting side tracked, mainly due to the self brought on pressure of following what many, including myself at times, consider to be my opus, or at least the mix that most heads the world over know me for. Once I got over that mental hump, I slipped right into the same mode of creating the original, which ultimately is as simple as going back to De La’s music and the samples they used and appreciating the genius of it all.

Your ‘Best of Tribe’ mix was pure heat as well. I think it’s safe to say that the Native Tongues catalog is something you hold dear to your heart. What are some of your all-time favourite tracks?

@Platurn: Too many to name. Waaay too many! I grew up listening to so many different types of music and so many different types of Hip-Hop but for whatever reason the Natives sound always stayed closer to my heart than any other. There’s more than the aural aesthetic as well — it’s the feel you get of where their heads were at creatively. No boundaries, simply having fun, and not being afraid to be cerebral and message based with their lyrics. I guess if I had to choose a few (and these are just currents from the top of the dome), i’d say De La’s “In The Woods” & “Long Island Degrees”, Tribe’s “God Lives Through” and “Rock Rock Y’all”, Jungle Brother’s “On The Road Again” remix, Black Sheep’s “Gimme Da Finga”, and Queen Latifah’s “Princess Of The Posse”.

The last time we met up in Oakland we were talking about growing up in the North Atlantic, you being a little farther north than me. Was hip-hop already a part of your musical palate in Iceland, or was it primarily introduced to you when you and your family moved to The Bay?

@Platurn: Primarily when I moved to the States in ’83, but I remember getting hip to De La by my cousin when back in Iceland for a trip in ’87 — they were brand spanking new, and had way more buzz in Europe than on the West Coast of the US. I was stuck on Run DMC and the best of Profile tapes back then, so all that stuff just sounded weird, but intriguing as well. When I moved back to the US (So Cal) in ’88, it was all about the LA rap scene so while listening to NWA & CMW, I was also always checking for the more left field shit coming from the East. 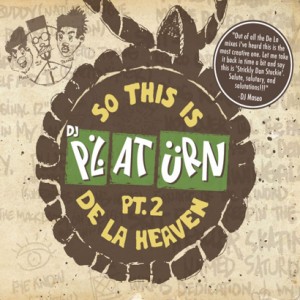 After immersing yourself in the back catalog of De La, as well as the original breaks and samples for this mix, did you ever find yourself comparing that vibe and era with the current state of hip-hop and DJ culture?

@Platurn: Not really. It’s kind of important when you go back and reinterpret an artist’s back catalog that you think little of what’s happening now, and immerse yourself more so in the vibe of what was happening during the time they made that music. Only thing current is the technology, and this mix was about a 50/50 analog/digital approach. Other than that, it’s all about going back to the basics — once you choose what music you are going to use for the mix, it’s all about stepping back and looking at the bigger picture. How do you want to paint this landscape, what sort of feel are you going for during specific parts, where do you let the music breathe and where do you get your zigga zigga on, etcetera. You really should look at a DJ mix like you’re making your own album, or you might as well be slapping an itunes playlist together.

What kind of upcoming projects can we expect to see in the pipeline for DJ Platurn?

@Platurn: Best Of Tribe coming next year hosted by Michael Rapaport, ’93 Til Infinity Mixtape with A-Plus from Hiero, The Main Ingredient foodie mix via Produce TX, Blendapella Pt. 2 limited edition package via Fader Moves, tons of action via The 45 Sessions including collabo 7″ releases with some of our favorite labels, some light travel in 2014 promoting the goods, lots more writing for Intel, Mixcrate, & True, and more hikes with the dog. Oh, and oatmeal. Big fuckin’ fan of oatmeal these days.

Mix of the Day: Nightmares On Wax "Boiler Room Mix" 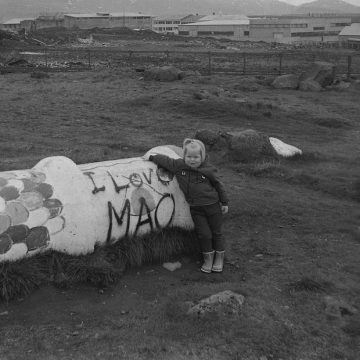 DJ Platurn “Breaking The Ice” (Needle To The Groove)