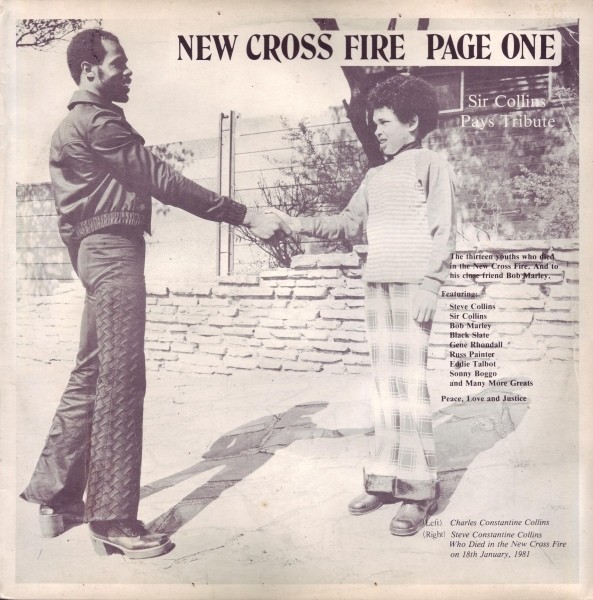 Thirty five years ago, on the evening of January 17th, a birthday celebration was held at 439 New Cross Road in southeast London. At some point in the early hours of the 18th, a fire erupted and tragically ended the lives of 13 of the attendees, most of them children.

Much speculation remains to this day as to the cause of the fire – at the time racial tensions were high in the neighborhood, with some believing that the building had been firebombed by one of the active far-right groups that also lived nearby. As a result an action committee was formed and pressure was put on the police to conduct a more thorough investigation, and on March 2nd over 20,000 people marched through London to protest police inaction and press indifference. 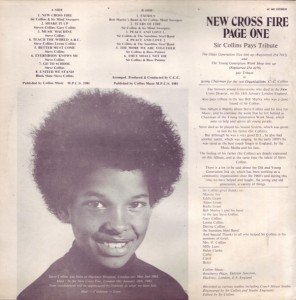 This album, produced and compiled by Sir Collins is a tribute to that day. The fire was particularly painful for him because one of the victims was his son, Steve Collins, who is featured as the primary vocalist on this LP. The title track (and my personal favorite) starts the album – a deep roots instrumental that reflects the events of that fateful night. The rest of side A features Steve toasting over Sir Collins’ riddims. These tunes are more light and cheerful with Steve reciting his ABC’s “Teach the world ABC”, telling everyone to “Go To School”, and reminding us all that “better must come”..

Side B features Sir Collins and his Mind Sweepers band, covering Bob Marley (“Exodus” with a beautiful string arrangement added), and the final two tracks Nyabinghi drumming with uplifting messages (“The More We Are Together” and “They Shall Not Die”) With this LP, the memory of that day and of those lost will live forever.. 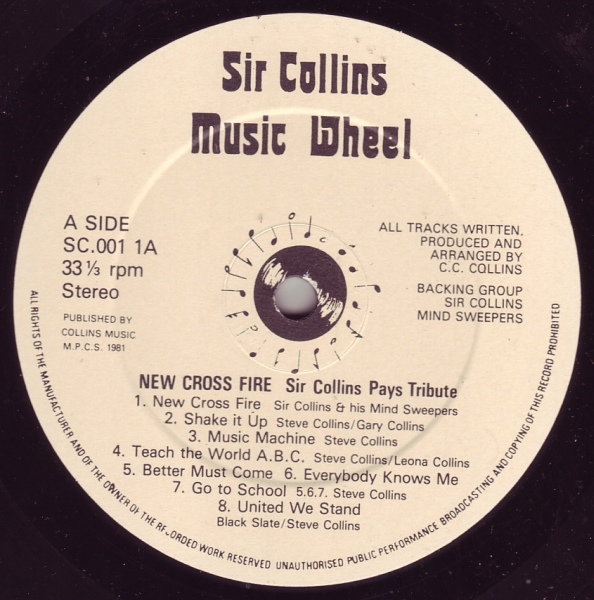