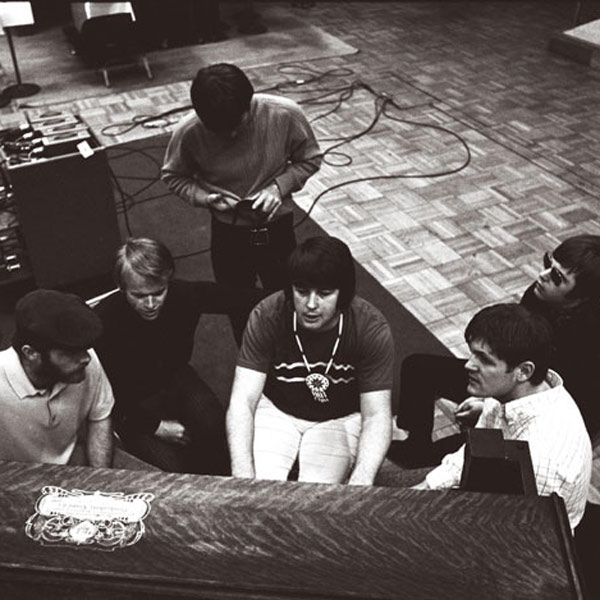 The 1966 Studio Session of the Beach Boys’ “God Only Knows”

I’ll always have a special place in my heart for the classic Beach Boys records from the 60’s, it’s the music I remember discovering through my dad when I was a 10 year old kid. As I grew older I was able to start to fully appreciate the depth of artistry of these records that are so far beyond the bubble gum pop sound I was attracted to.

If I had to pick my top 50 songs, or do a desert island mix, “God Only Knows” would definitely have a spot. I’ve always thought it was one of the most beautiful and most ambitious pop songs ever recorded but it’s only once you see these studio audio recordings and pictures that you get a better idea of the level of musicianship and artistry involved: 23 musicians playing simultaneously creating a rich heavenly blanket of music.

Wikipedia: “God Only Knows” is a song written by Brian Wilson and Tony Asher for American rock band The Beach Boys, released in 1966 as the eighth track on the group’s album Pet Sounds. The recording was produced and arranged by Wilson using many unorthodox instruments, including French horn, accordions, and a quartet of violas and cellos heard throughout the piece in counterpoint. The song names “God” in its title, unusual for a pop single of its time, being released as the B-side of “Wouldn’t It Be Nice” in the United States. In other countries, “God Only Knows” was the single’s A-side.

The song was voted 25 in Rolling Stone magazine’s 500 Greatest Songs of All Time, the second of seven Beach Boys’ songs to feature (the first being “Good Vibrations” at 6) and was ranked by Pitchfork Media as the greatest song of the 1960s. The Rock & Roll Hall of Fame included it as one of “500 Songs That Shaped Rock & Roll”. 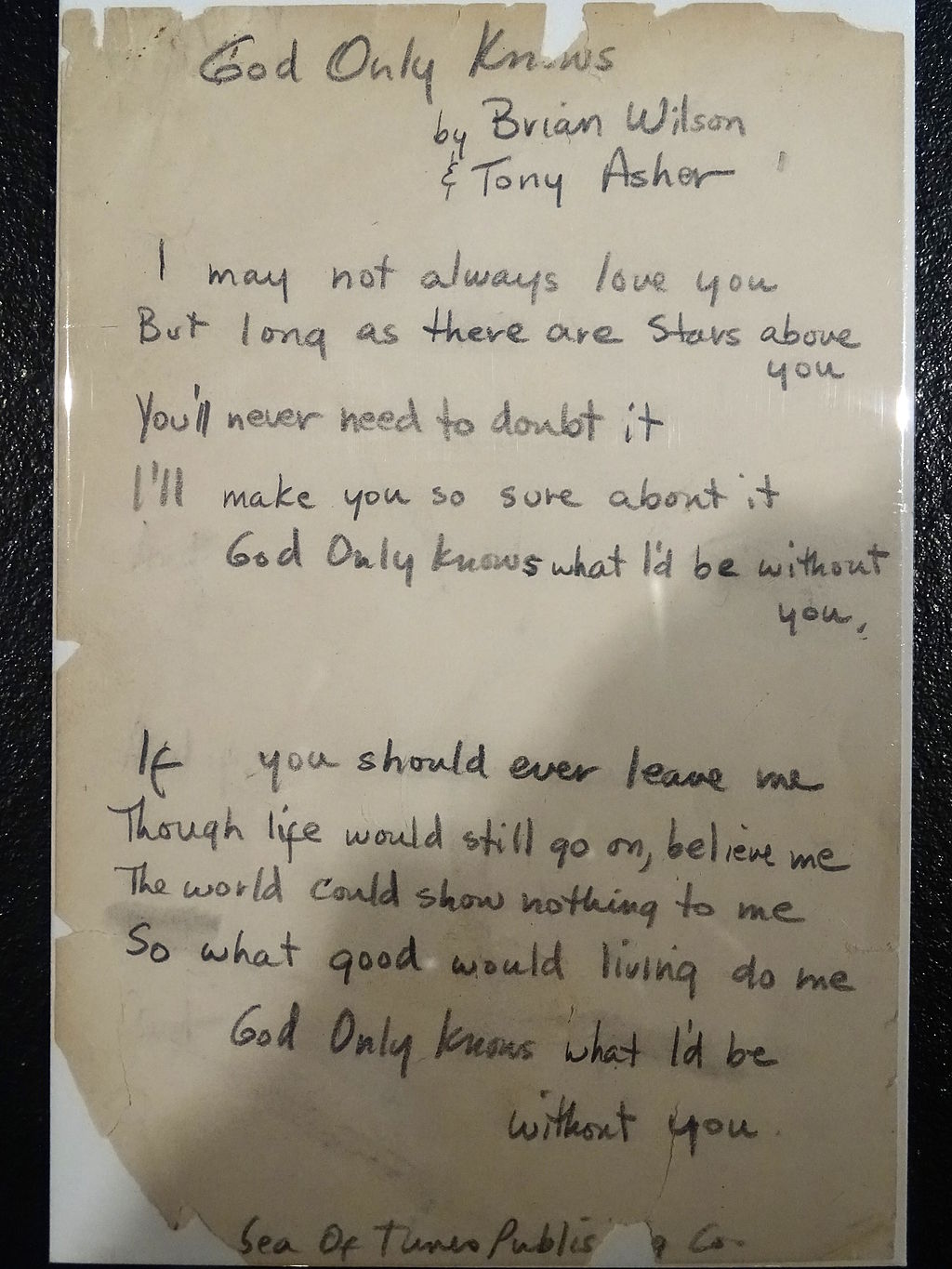