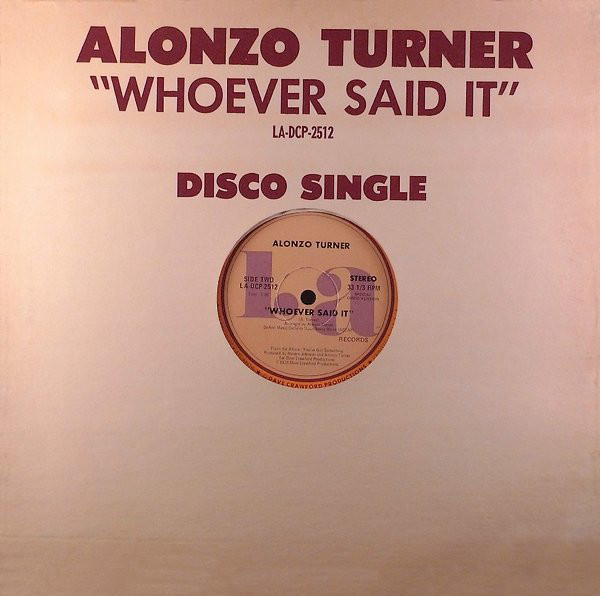 Forget everything you know: this is the best love song ever written. Don’t let the steamy saxophone solos fool you though, this rare disco holy grail is not about an infatuated lover, but rather
about love itself. Turner, seemingly concerned about the metadiscourse, is screaming soul-shattering falsettos directly into the ears of Eros.

Ever since Chicago DJ and digger Rahaan brought the attention to this masterpiece back in 2013, I became obsessed with it. I don’t know, there is something irresistible about the bumpy bassline, preachy vocals and cuddly synths in this track. Wanting to know more, I was lucky enough to interview Mark Skiles, who was Turner’s best friend and roommate for many years.

Here is what we know on the elusive genius:

Alonzo Turner was born in Northern California in 1955 and was introduced to music by his church, of which his father was pastor. As a young adult, Turner moves to West Hollywood and at 23, he starts to manage a local rock band while working day and night to write what will turn out to be his first and only release, “Whoever Said It”.

The song catches the attention of Dave Crawford, A former producer at Atlantic. Like most stuff on Crawford’s label, LA Records, the single never makes it to the charts but helps Turner make a name for himself in L.A. and Orange County where he performs often. There is only speculation about what happened to ”You’ve Got Something”, the LP on which the song was meant to appear, but five years later Alonzo ends up writing an eponymous piece for Norma Lewis (Shakatak, Charade) on her debut album ”It’s Gonna Happen”.

In 1984, struggling to make ends meet from his music career, Turner takes a part time job at a record store, while also pushing garments to an elite clientele in Beverly Hills, even selling clothes to one of Michael Jackson’s designers. In 1991, aged 38, Alonzo Turner will pass away from illness. Written
by a loner who lived in a modest flat filled with antiques and expensive art pieces, ”Whoever Said It” is a testament to the idea that love does exist beyond our imagination. While asking who is to blame for spreading the opposite theory, Turner makes this simple yet compelling argument to debunk it: emotions are a motor of action, they literally set us in motion and therefore reality derives its very momentum from them. 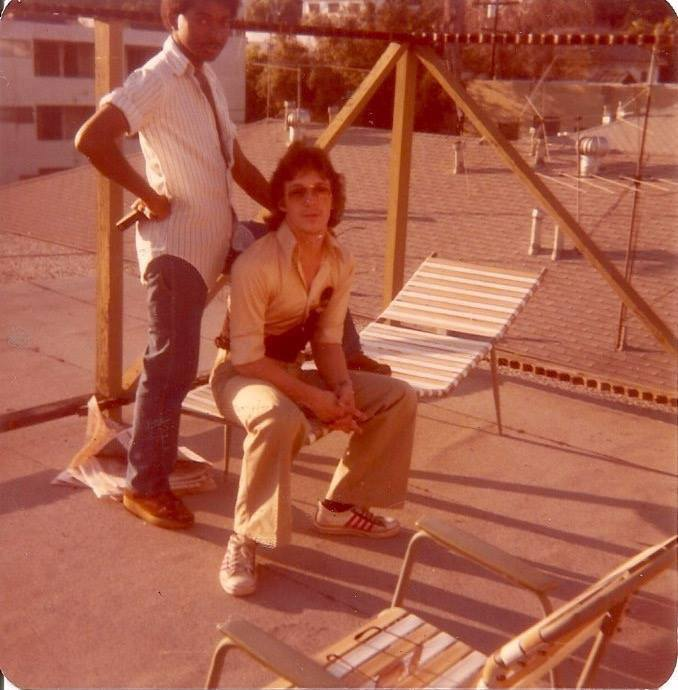 Pictured above is Alonzo Turner (left) and Mark Skiles (right), on top of Skiles Hollywood appartment in 1978.