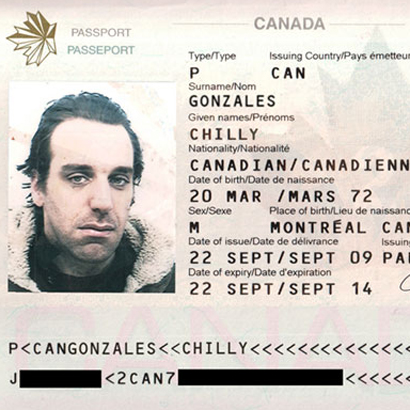 Future Classic: Chilly Gonzales “Something About Us” (Daft Punk Cover)

Chilly Gonzales is a bath robed pianist, a prodigious rapper, a world record holder (for playing a concert which lasted 26 consecutive hours), and a self proclaimed musical genius. His life is an expensive movie (he’s backlit) and after countless sequels, he’s still the opposite of peaceful (the opposite of Swiss people). What on earth am I rambling on about? Just listen to some of Chilly Gonzales’ music and you’ll know that I am, in fact, not rambling at all: the man is a one man riot.

For the longest time I have known him only as Gonzales, the name associated with his seminal instrumental album Solo Piano. Though I was also aware of his work as Chilly Gonzales, I was not necessarily familiar with any of it – all I knew was that he has collaborated with the likes of Feist, Vincent Segal (a cellist!), and Drake, and that he rapped a little. “A little” turned out to be a big understatement when I had the great fortune of catching Gonzo in concert this past November.

While waiting in the queue outside, I overheard a couple discussing the potential outcomes of the show they’re about to see. The woman thought that it would be a full hour and a half of piano and nothing more (a la Solo Piano I and II), while the man was convinced that Chilly would somehow turn the show into a crazy spectacle of sorts. They were both right.

He sashayed onto the stage in what most people would describe as a satin bath robe, though for him it’s more of an attire – his equivalent of a well-fitted suit. Gonzo then sat down at his piano, played a couple of lovely tunes, and soon began MCing the show as if he were doing a lounge music slash standup comedy act. There was music (ample amounts), there were jokes (ample amounts), there was rap (his own special brand of it) and there were live music lessons (his own special brand of it). There was even a moment of theater when he declared a pseudo grudge on a randomly spotlighted audience member to whom an angry song was subsequently dedicated. Everybody thought it was real.

The show ended with an encore in which Chilly sat completely under the piano and played a piece blindly, with his hands reaching over his head and his fingers navigating the keyboard as if it was second nature. He can do that and all the rest of it, but he can and will do just about anything else as well. And anything else includes rocking out with a singular Daft Punk on a singular kick drum as part of a masterclass series on music.

I’m not sure if his cover of Daft Punk’s Something About Us constitutes as a forgotten treasure or a future classic, but what I do know is that it is 100% Chilly and 100% Gonzales. How could he ever stop?

Chilly Gonzales - Something About Us

Forgotten Treasure: Don Ray "Got To Have Loving" (1978) + The Revenge Rework