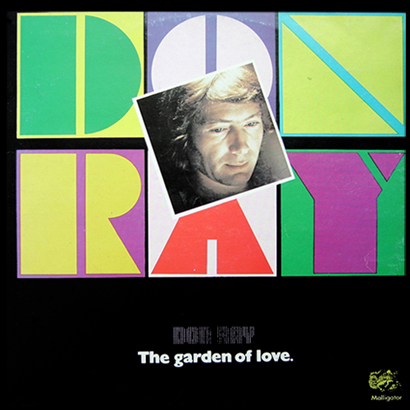 Forgotten Treasure: Don Ray “Got To Have Loving” (1978) + The Revenge Rework

Don Ray’s Got To Have Loving features one of my favorite Disco breaks of all time. This song was among my earliest encounters with classic Disco music, and was the beginning of my obsession with Disco breaks. When I used to DJ, I’d shamelessly drop this jam in half way through just so I could hear the break first and I even changed the preferences in my ITunes so that the song starts at 4:10. The break is what I like most about this song, and it’s how I like to experience it.

As a result of my love for Don Ray and Cerrone’s production, I’ve fantasized about the day when someone would take this impressive Disco break and turn it into a track in itself. Lucky for me, I wasn’t the only one who felt this way!  A few years ago, at an outdoor fashion show, I finally heard it and my small fantasy became a reality; someone finally did it! I completely lost interest in the beautiful garments and models I was watching and had a little internal music freak out. This was long before I had a mini computer cell phone and Shazam, so I made a mental note to do some Don Ray digging when I got home. I had a hunch and knew where to look, so it didn’t take me that long to find this gem of a rework.

Simply put, no one else does it like The Revenge. Graeme Clark deserves a medal for reviving forgotten Disco and Soul tracks because he truly possesses the Midas touch.

Don Ray – Got To Have Loving (The Revenge Rework) 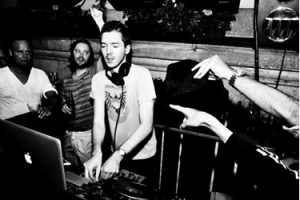 The Revenge is known for reworking old Funk, Soul, Disco, and Boogie tracks, and Graeme Clark always manages to rejuvenate the best parts of classic songs. The average length of his reworks are 6 ½ minutes and as long as 9 minutes, which gives you a sense of how layered, elaborate and well done his productions are. The selection of music he chooses to edit is repeatedly stellar including notable artists like Al Hudson, Stevie Wonder, Gwen McCrae, Marvin Gaye, and Hot Chocolate. Clark is also apart of numerous groups, most notably 6th Borough Project with Craig Smith and OOFT with Ali Herron. This rework of Don Ray’s Disco classic was posted in 2007 on the OOFT blog and that’s about all I know concerning its release. I am a HUGE fan of 6th Borough Project and The Revenge, and I’d say this song is just one many great productions from Graeme Clark. Got to Have Loving is a classic song and makes me love and appreciate all that was cheese Disco in 1978.

Ramond Donnez (Don Ray) was a Disco producer and arranger and did collaborations with Cerrone. He played keyboards for Cerrone on a few albums and together in 1978 they produced Garden of Love, Don Ray’s first solo album which featured Got To Have Loving.

Don Ray – Got To Have Loving

Future Classic: Chilly Gonzales "Something About Us" (Daft Punk Cover)