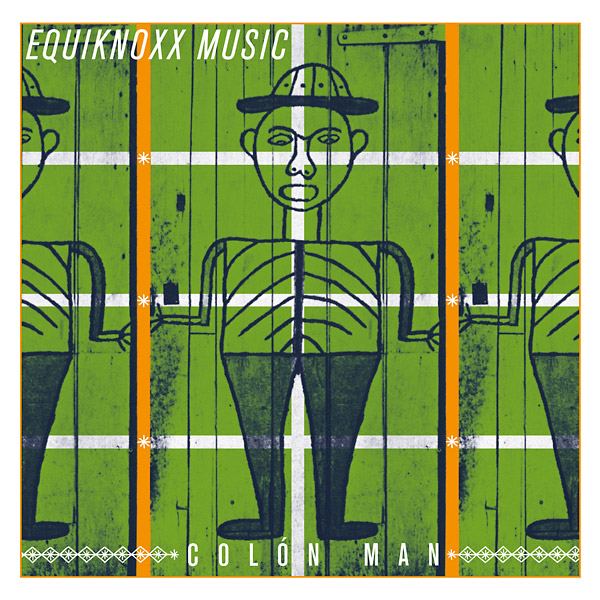 Where their widely acclaimed “Bird Sound Power” primer compilation, issued on DDS in 2016, brought the rest of the world up to speed with the music produced between late ’00s and 2015, their first album now brings a 2020 sound into sharp, technoid focus through a baker’s dozen of steely, heat-seeking riddims galvanized with clinical electronics and a Midas Touch approach to sampling.

The record’s title, “Cólon Man” refers to a Jamaican tale (and song) about a mysterious character, whom, like Marcus Garvey, was one of over 100,000 Jamaicans who returned from working in Cólon on completion of the Panama Canal. In context of the album, Gavsborg and Timecow take the story as a metaphorical foundational for a roots and future sound, acknowledging the vital groundwork of previous generations of producers, whilst soundly contextualizing their mutant new advancements of Jamaican dancehall.

Recorded between December 2016 and June 2017, the results of “Colón Man” form a stark, stripped down and conceptually blinding record. In tone and texture, the duo favour far colder, more abstract sounds, crucially lit up with sparingly used samples that lend the record its dissonant, harmonic colour and bittersweet hooks, stylishly feeding forward their playfully weird sense of humour into a rugged, nutty, and even noisily imagineered set. Bookended by the gauzy, Detroit-compatible synth looks and acid hall grind of ‘Kareece Put Some Some Thread In A Zip Lock’, and the mesh of Motor City sleekness with Far Eastern strings on ‘Waterfalls In Ocho Rios’, they distill and diversify their bonds in myriad ways across the album. There’s a killer dancehall/trap hybrid in the percolate chorales and man trills of ‘Plantain Porridge’, along with the secretive dub-into-dancehall transfusion of Addis Pablo’s melodica in the belly rolling ‘Melodica Badness’, while ‘Ceremonial Eating Dog’ and the hyaline designs of ‘We Miss You Little Joe’ – a tribute to their pal Alty Nunes – are arguably the most forward Jamaican riddims you’ll hear in 2017, and ‘Enter A Raffle… Win A Falafel’ uncannily recalls the clockwork mechanics of Haruomi Hosono’s ‘Alternative 3’, from his S-F-X LP (1984). Curated by Jon K and Demdike Stare. RIYL: Lenky, Haruomi Hosono, Errorsmith. Mastered and cut by Matt Colton at Alchemy. 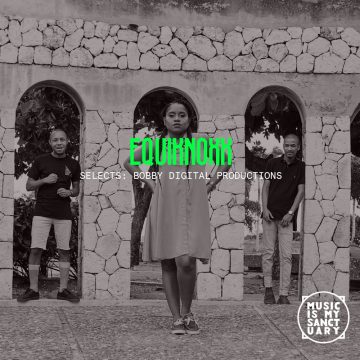 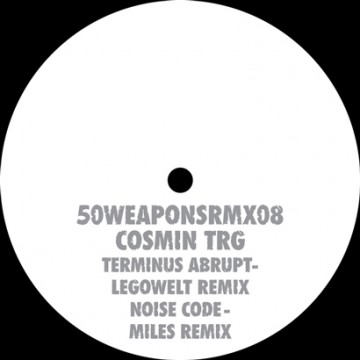