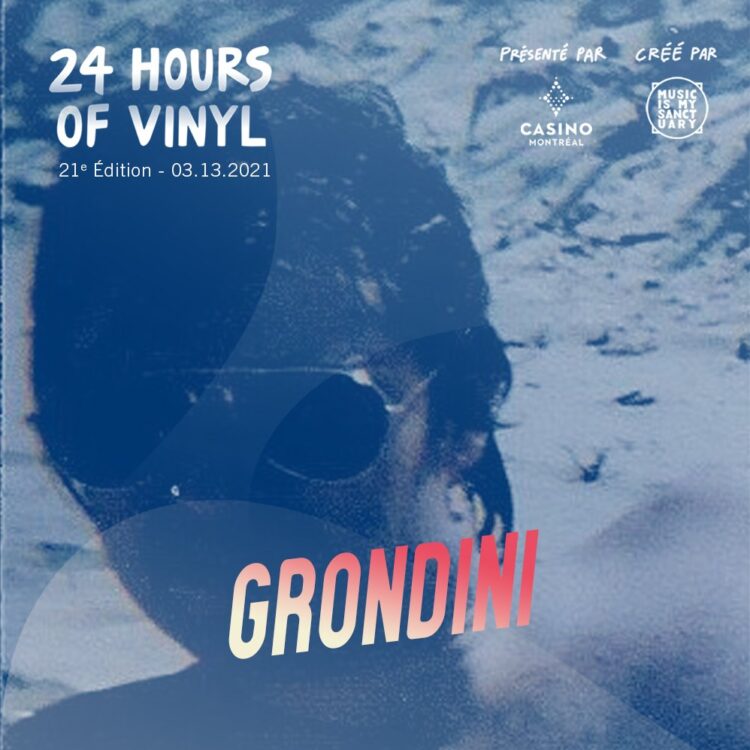 In honour of his upcoming set at our beloved 24 Hours of Vinyl event, we wanted to have a talk with Montreal’s Grondini about… records! What else!?

Another record I’d been to get for a while. Turns out my friend Bruno Tanguay aka Satan Bélanger, ex-owner of cult record store Dutchies had a copy and he lives downstairs from my flat. Sometimes gems are hidden closer than you think!

“Lifting Weights” is my go to track here. Will start a night or help you transition from dance floor madness to a more grounded sunrise session. Never tired of it!

Take out a blanket and cuddle under the fire with your loved one.

First rave I walked into, Tiga was playing Da Funk. Then in the morning, some guy played Rolling and Scratching in his car in the parking lot at 8AM upon leaving the party. I was mind blown by that dance/punk mix. Who were these Daft Punk guys? I was really into industrial and EBM before, this had the grit I was looking for but was more danceable than other stuff I was listening to. I became a raver in a matter of seconds!

Record someone gave you recently

I’ve had this track for years in digital and couldn’t find a cheap local vinyl copy of it. My friend Dizzy showed up one day and told me he had a gift for me and there it was! A vinyl copy! I love this proto-house sound from Chicago and the French lyrics sung with an anglo accent makes it a pure Montreal record even though it’s not from here.