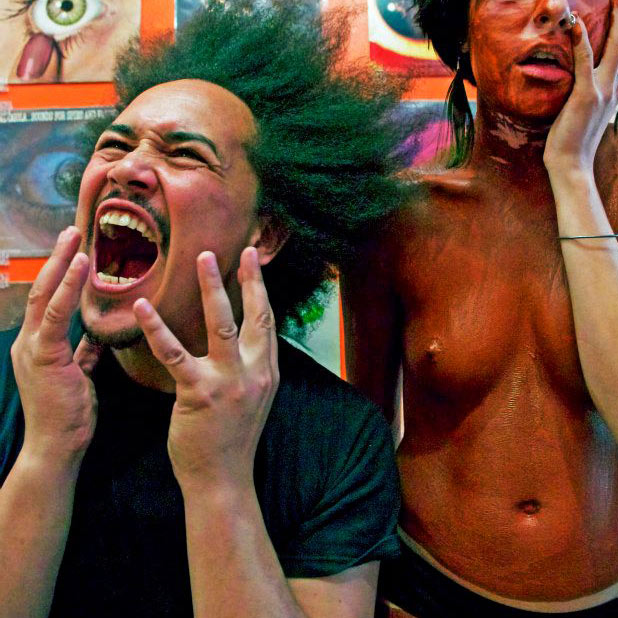 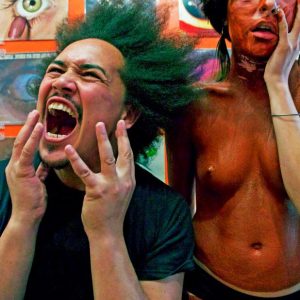 Joel Oliveira Stones is a world renowned Brazilian Vinyl dealer and multi-disciplined artist based in NYC.

While visiting Montreal, he took the time to share his thoughts with us on vinyl dealing, vinyl brokering, musical performance and owning his own shop, Tropicalia In Furs.

ASMA: Tell us about the first months opening “Tropicalia In Furs” in NYC. How did you get the word out?

Joel: Tropicalia In Furs was started in the basement of Norman’s Sound and Vision in the heart of NYC’s East Village. That place used to be a record shop and then it became a CD shop, right at the time when no one really cared about vinyl. All they cared about was CDs. On my many trips to Norman’s I realized that his basement was flooded, with damaged records and T shirts, etc. With this newly discovered space and a bunch of $1 records I had been buying for a couple of years, I knew I had enough to start something.

After a lot of “No’s” from Norman’s, I started showing up everyday with a cup of coffee in my hand and would talk to him about anything but records. Then one day, I asked him “The Magical Question”, and he said yes. 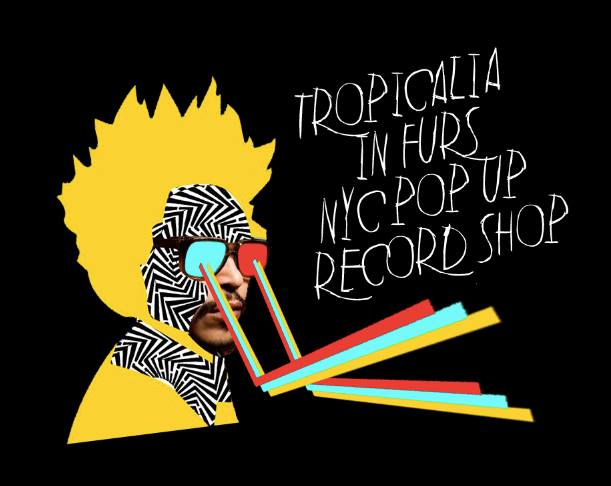 I fixed the basement and I brought all my collection, at the time was about 600 records and that was the beginning of Tropicalia In Furs.

Was there a specific customer or record sale that promoted the store?

The main thing that promoted the shop was Brazilian records. I was the only shop in NYC that had a lot of Brazilian records, so it made it really unique and the DJs got curious! My customers ranged from homeless to hollywood stars.

What is the craziest record you ever sold someone?

The craziest record that I can say that I sold was “O’ Seis”, which was Os Mutantes before they became Os Mutantes. It was the most expensive record, the most difficult for me to acquire and the one that I sold for the most money. It went to a record collector in California and we become friends. It’s another crazy story!

Do you have regular customers who use you as a personal curator?

I have a few, specific people that I really dig for. They are really close friends and we have a close relationship. I like to make them happy. I really don’t do the “Want List” for other people, because I like to introduce records to people… you never know what you are going to find when you are digging.

What has the transition to NYC from LA been like?

It’s not really a transition, it’s an extension. The pop up allows me to be available wherever I want to do one. I just did one in NYC and then 3 months later, I did one in LA. It’s a big event. The last one in NYC lasted 3 days and had a ton of DJs and bands. It was more like a music festival than a pop up record shop. The more I do, the more people ask me to go to their town to do one.

So, you never know where one is going to be next. I’m planning one now in Europe and then Brazil.
I really want to bring the best quality records, music, and wine so everyone has a good time, like they did in the shop in the East Village.

Describe the pop up sales. How is the flow? Is it different than a record fair or the same craziness?

The pop up shop is 10 times more crazy than a show. I created this monster that grows every time we have one. It’s constantly growing and it’s always a surprise to see how it will unfold. Sometimes I underestimate how much people know about it. It can get really crazy. 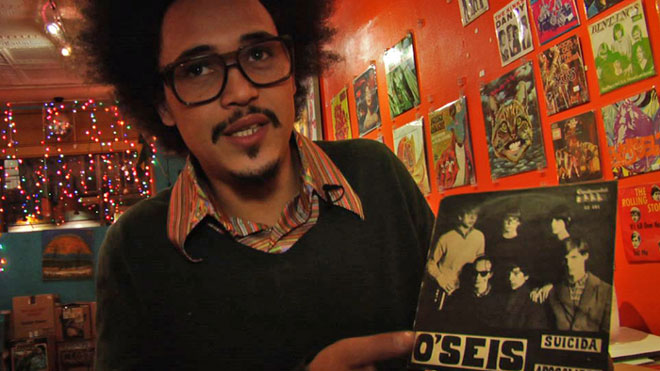 Are you still playing a role in Fumaca Preta?

How can I answer this? I am Fumaca Preta! Before I created the band with Alex, I was doing a project with Sesa. The project was supposed to be called “Sesa e Fumaca Preta”. Before I could work with Sesa, I went to DJ in Europe and met Alex. When I was there, we decided to record in his basement. We recorded a single on the first take: “A Bruxa / O Loco”. Alex said, we have to have a name. I told him, I am the Fumaca Preta.. and you? So I said, since I am Fumaca Preta, we can name the band “Fumaca Preta and the Invisible Vampires”, but when the 45 came out, it only had “Fumaca Preta” on it.

So, we let it be and we recorded one more single… and then we recorded an album and I wrote all the lyrics on the album. Most of the lyrics came from my poems. I guess for the first album, I was pretty much the Fumaca Preta, but I didn’t really have anything to do with the second record at all. So I guess maybe the only role I have for the second album is the name.

Do you think one day people will look at the LP like they look at a Novos Bainos record?

You make me laugh with this question, because I never think of it this way. I think it’s a great album, but who can ever be compared with Novos Bainos? We really tried to put our best in it.

What is next for you, your records and your career?

Well, I really need to watch out. The pop up demands a lot of time, to organize a show, find the records, ship the records, set up the show, etc. There are a few projects that I’m working on now. I really want to finish the movie, “Brazilian Guitar Fuzz Bananas” that my friend Artur Ratton (the movie’s director) and I are trying to finish. It’s taking a bit of a toll on us, but we are still doing it. It’s a project that depends a lot on financial contributions.

I’m working on another compilation, a book, and a new album. It’s a colleague of thoughts from my mind. I say a colleague, because through Tropicalia In Furs, traveling, meeting so many musicians and DJs, this is a great opportunity to bring it all together. The only thing I can tell you about it right now is that it’s going to be RAW, drenched in FREAK Psych Fuzz Matters with some the craziest artists magical touches… Watch Out!!!

[Laughs] Finally, how do you feel about playing in Montreal?

I heard so many good things about Montreal. It’s about time, I can’t wait to burn my 45’s for the people.
Hope see you there!