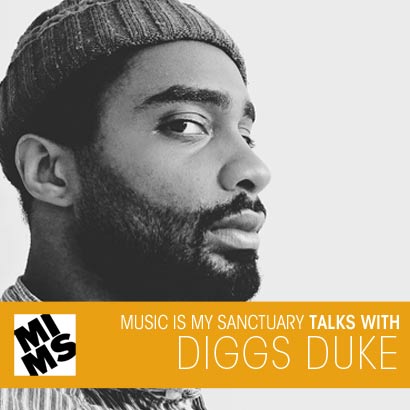 Diggs Duke is not your average multi-talented artist – try tacking labels or genres onto his music and, nine times out of ten, you will find yourself incapable of choosing one. Above all, his music has incredible depth and is informed by many other kinds of knowledge, all of which serve to strengthen his music in brilliant, meaningful ways. Given the nature of Diggs’ imagination, then, I decided to forgo the traditional Q&A interview format in order to engage him in a free-form conversation instead, conducted solely via email exchange. The result says as much about Diggs himself as it does about the ideas that inform his work.

Joanne Lam: I’ve been thinking a lot lately about music as a form of sound design. In most film productions, for instance, music is often understood as a separate entity (hence the official soundtrack) from diegetic sounds, sounds that are constructed from whatever is happening on screen. To me, these two realms are much more intertwined than audiences are made to believe.

The film Silence is a particularly fantastic example. In this movie, the music – whether introduced on or off-screen – is as much a part of the natural landscape of Ireland as the sounds of rain dripping through the ceiling of an abandoned home, or the rise and fall of Gaelic dialogue. As a musician and a composer, how do you relate to the art of sound design?

Diggs Duke: Well, in essence, there’s nothing that can be created in music that doesn’t already exist naturally in the world. I totally agree that there has to be a smooth interaction between everything that’s going on as part of any presentation. The best singers are the ones who come across as the most natural, as well as the best actors, chefs and so on. The challenge when you are trying to create something great is to keep a high level of realism without sacrificing what you have in your imagination, and vice versa. Music is certainly a form of sound design. It’s really just sculpting silence, which is basically what the character says in that film. The silence is always much more valuable than any of the sounds that are being made.

There was a composer named John Cage who used this theory of silence as the centerpiece of his entire musical ideology for a while. Have you heard of him? He took it over the top to prove a point, of course. But, the concept of silence and space is the key to being good at anything creative, don’t you think?

JL: Oh yes, John Cage of 4’33” fame. One of my favourite versions of this piece is “Cage Does Cage“. Now that is really taking it over the top to prove a point!

What fascinates me about the concept of silence is that it is physically impossible. Isn’t that such an absurd thought? A man sitting inside an anechoic chamber, for example, may be in a space completely absent of external noise, but he can eventually go crazy from hearing his own heartbeat and pulse (internal noise). Nobody can truly escape sound. Silence, then, is but a state of mind, a concept which we use to make sense of the environment around and within us; sculpting, as you said, is a great way of putting it. In that regard, silence shares the same space as creativity: both require the work of the imagination. Music just happens to exist in the space where silence and creativity overlap.

DD: LOL that Nicholas Cage thing is funny. John Cage is one of my favorite composers. He’s remembered for the more controversial work that he did, of course…the weird stuff. But, he really did some original shit and his legacy is tarnished by that weird stuff, I think. His best , in my opinion, was the prepared piano work. My favorite is Gemini…

I relate the idea of silence to space. When you’re writing music, you have to give everything it’s own space or else the conversation sounds like a bunch of people fighting for space to talk. And you have to give the listener an opportunity to grow with the song. More than anything, learning to play or sing a melody is about understanding where the spaces are and what they mean. So, writing is the same. You can hear where a person is writing from in the music. When, in your writing, you’re completely thinking of yourself, it sounds like you’re trying to fit in everything in one song. That’s probably the thing I fear the most about my compositions. I don’t want to try and show everything I’ve ever learned in one song, just because I can. It’s often an exercise in humility.

JL: So in a sense, the way you write music is quite similar to writing poetry, and in many ways, poetry is a musical form; the two exist in symbiosis. How does your approach differ though when it comes to writing instrumental music versus writing music with words? Do you interpret space any differently when lyrics are involved?

DD: Absolutely and absolutely not. When there are words involved, the interpretation of space becomes much more difficult because you have to decide which words you want to accentuate with the listener. Some writers don’t take this approach. They want to let the listener decide what’s important, which is an equally useful and respectable approach that I use sometimes, as well. But, I tend to want to lead the listener in a certain direction usually. I tend to integrate the words into the music as part of an arrangement. It’s why many of my songs don’t have many lyrics, why they have 1 verse or even just four lines. Words are just another instrument to me in that way. Do you write poetry?

JL: I write regularly, but my writing does not often take form as poetry. Writing is, in a way, a form of adornment, the dressing up of a story in diction or prose. Writing can be improved through practice, but poetry is quite the opposite – poetry is a baring of the soul. It is much more an act of courage than skill. I find the process of writing poetry exhausting sometimes, as much as I revere the form, so I try to weave poetry into other forms of expression instead… for instance, through my contributions to The Mixtape Club. A musician (who listened to my mixes while travelling) once asked me for the secret formula behind my curatorial process because he thought he recognized a common logic running through each mix. I didn’t know how to reply him at the time. I guess my answer now would be poetry, as far from logic though it may be.

DD: Yeah, I feel that poetry is a form of writing that’s lost it’s relevance. The greats from the past will always be relevant because of how the medium fit within their time period. We can accept what they’re saying and it will always be foreign and exciting because it was a different time. But, it’s just not the best way to connect with other people anymore, as far as new writing. As time has gone by, the everyday language that we use has become less elegant, in my opinion. Also, as the world gets smaller through speedy travel and the internet, dialects of languages are becoming extinct and everyone is starting to speak in the same way, leaving less excitement to language. So, the challenge is to find your own dialect and try to convey your thoughts to people in an original way. And now we’ve come full circle in this conversation back to the purpose of why we do this at all. 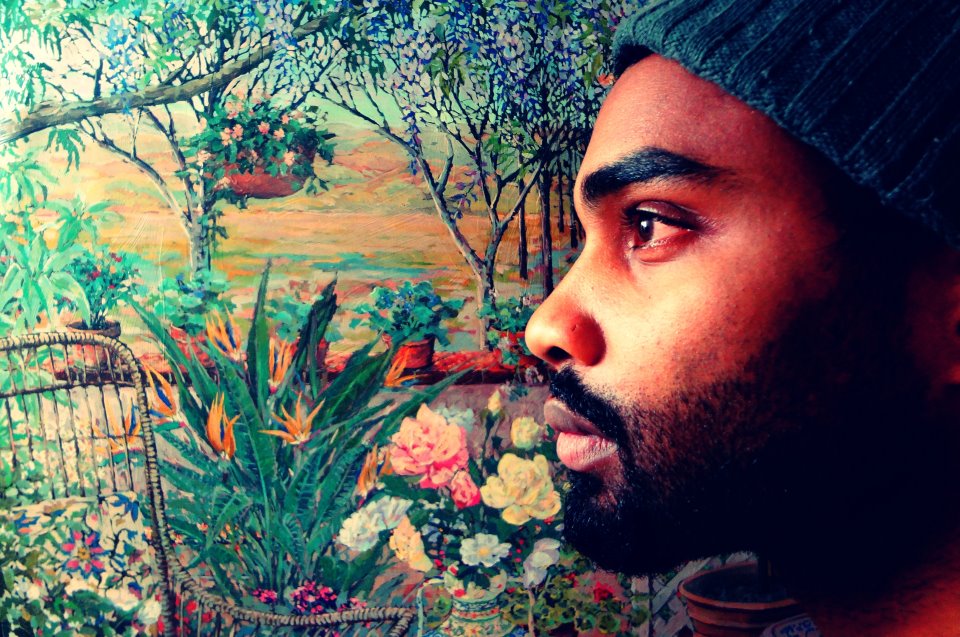 Mix of the day: J Boogie "Vintage Diversity: A Tribute to Donald Byrd"