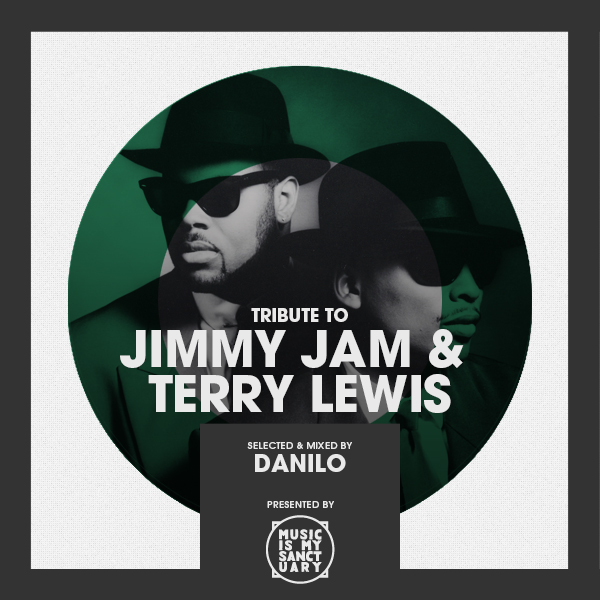 Jimmy Jam and Terry Lewis form part of the holy trinity of R&B producers that defined my musical tastes during my formative years.

The other two being L.A. Reid and Babyface (LaFace) and Teddy Riley. Of course there were plenty of other music makers out there that played (Prince, Quincy Jones, Kashif etc.) but it was the music of these three that I hunted more than most.

When the opportunity came up with Music Is My Sanctuary to put together a tribute mix honouring their music I lunged at it like an overexcited schoolboy! The only question was what do I put in the mix!? If you’ve heard any of my New Jack Era mixes on Mixcloud you’ll know I have a penchant for extendeds and rare mixes.

The problem is there’s no way to include a catalogue of work that spans approximately 35 years and still give those gnarly mixes room to breathe. Its for this reason I’ve decided to make this mix a tribute to the Jam & Lewis work of the ’80s.

I’ve included 41 of the my favourite tracks from the years 1982 to 1989 covering the seminal classics of this part of Jam & Lewis’ musical era as well as a few rarer early jams and b-sides. For the sake of the flow of the mix I have left out the classic slow jams and ballads from this era (‘Can You Stand The Rain’ etc.). I intend to put these songs in a separate mix which I will release in the future.

In light of all the legends we seem to be losing of late, I am delighted to put this work together in honour of these two musical legends while they are still amongst us. Its a small token of appreciation to two people who have created so much wonderful music. Its right to celebrate it and them.