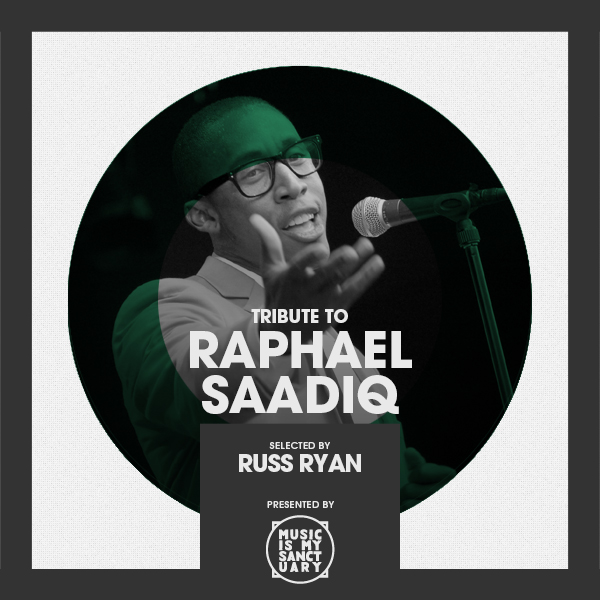 “Raphael Saadiq is the Neo Soul and R&B producer, arranger and songwriter of a generation, yet criminally unsung. I simply wanted to shine a light on known, and some unknown, involvement of his in music over the years, from uptempo Soul of his own to his signature Two Step sound.

Raphael’s solo work needs no introduction, having redefined his sound over the years, remaining consistently current without loosing his era-defining, Soulaquarian-Neo-Soul feel. But his work with others artists is fascinating, linch-pinning so many killer R&B records whilst remaining forever background and humble.

There is a fascinating story told by Solange Knowles, of a misplaced Saadiq beat CD which eventually lead to the makings of the Grammy Award winning ‘Cranes In The Sky’ (told on Song Exploder, 2017). The Grammy captures Raphael’s nature perfectly, by not attending and opting out of the limelight.

‘I’ve been fortunate to work with both a Mick Jagger and a Kendrick Lamar, I’ve seen all sides. In terms of legacies, I just want people to look at the way I put music together and say he was a bad, bad man… But if they say nothing, I’m happy with that too.’ (Raphael Saadiq, Hobbs / Quietus, 2017)

In an age of pop superstars and egos, it’s heartwarming seeing someone who’s intrinsic to the music we love, so down to earth. For the heads, there is an obvious exemption of any Ummah records, of which Raphael was an occasional member, however with exact individual involvement on each Ummah record such a grey area, that tribute mix alone is best saved for another time…”
–Russ Ryan

Tribute to Masters At Work (Pt. 3) - Mixed & Selected by The RawSoul