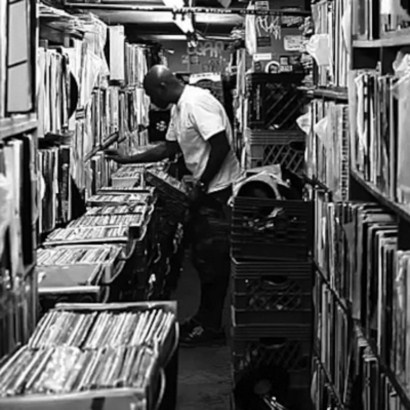 Future Classic: Ka “Off The Record”

I’m not sure I really got lyrics at first. When I started listening to hip hop, it was always the beat that caught my ear. The rapper, rhythmic and percussive, added something but never took centre stage.

My moment of clarity lay about halfway through It Ain’t Hard to Tell by Nas.

This brings me to Ka; rapper, Brownsville, Brooklyn, New York. On the record, Ka’s Grief Pedigree was the best album I heard last year. Dark and lyrical, it sounds like it was recorded one night when it was too hot to go to sleep and is best listened to with the lights off.

Off The Record is a new track from his latest offering, The Night’s Gambit. It’s just barely a beat; thick crunching guitar stitched together by Ka’s monotone, name checking just about every classic hip hop album worth listening to. Ka might produce his own records (and direct and edit his own music videos) but the focus of this record rests squarely on his way with words.

It won’t grab everybody though. As Ka himself notes, “…my songs are not for everyone. They’re not for the radio, the club or the masses.” Ka’s records are personal experiences, built for a time and place. You might not drop it in a mix or play it in your car but when you do listen, you get caught up in what he has to say. I can’t think of another hip hop artist in the last decade that has managed to do this so successfully.

You can pick up Ka’s back catalogue straight from the man himself. Start with Grief Pedigree.