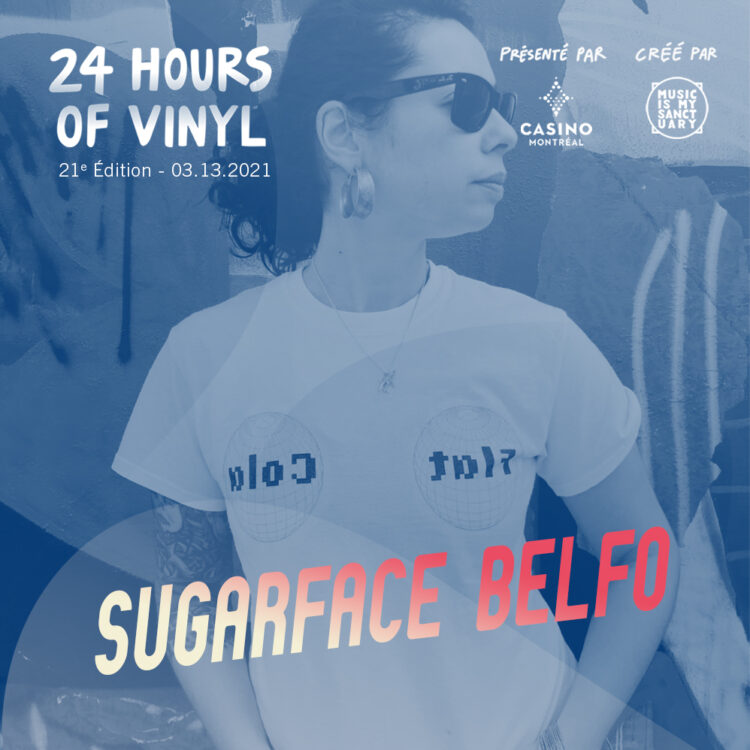 In honour of her upcoming set at our beloved 24 Hours of Vinyl event, we wanted to have a talk with Montreal’s Sugarface Belfo about… records! What else!?

German-Mexican singer, Olivia Molina, does an energetic “lounge meets rock-n-roll” rendition on of timeless classic, “La Bamba”, that will get everybody shaking!

Houston, Texas trio plays some of the funkiest soul. I can’t get enough of their track “Maria También”.

Brazilian samba/folk singer-songwriter who doesn’t get enough love. Her deep voice, playful lyrics, and representation of Afro-Brazilian influence through Candomblé draw me in.

Beautifully vibing tracks perfect for swaying close to your partner or alone on the dancefloor.

Boukman Eksperyans will keep you grounded as you drift into your day, until “Ke’m Pa Sote” comes on and you stop everything you’re doing to join a rara in your living room.

I was 14 and re-discovered my dads records. This was the first time I “got lost” in music.

Heavy balafon paired with griot summoning vocals and flute on a steady groove that keeps the disco claps coming!

Stevie Wonder. An ode to jazz classic, “Sir Duke”, from Songs in the Key of Life (1976), has an immensely distinguishable intro and sharp end, finishing on a high.

Lorraine’s mother would play soft rock radio when we were kids having breakfasts after a sleepover. Folk classic, “Snowbird” would come on and you would start humming, as if in a dream. Lorraine’s mother found this record at a garage sale and thought of me. Now I have this memory on record.

This takes me back to great nights danced whether Plastik Patrick or DJ Xavier Cafeïne steering the dancefloor.

Record someone gave you recently

I used to play “Gentleman” at CJLO 1690AM (Montréal) when I started in 2003. Radio gave me space to play this 14min track. I had the album on CD and received the record for my birthday. Gracias Mickey Pérez.

“Son A Propulsion”, Afro-Cuban jazz, funk, with heavy psychedelic riffs that will blow your mind!